Leavitt vs. the CAGED system 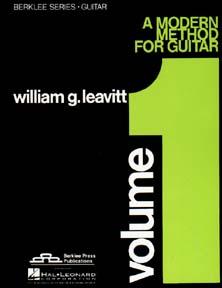 Leavitt, in "Modern Guitar Method" is not CAGED. For those who don't know, the CAGED system is based around the open-string "cowboy chords" in the first position, building scales and arpeggios off of these shapes -- the C, A, G, E and D major chords, moving them up and down the fingerboard to hit every other key. Worked for Joe Pass and plenty of others. Is Leavitt too complicated to be useful? Does the CAGED system rely too heavily on visualizing shapes and not enough on note awareness?

You can't get away from either one. The guitar is a visual instrument. You're going to see patterns -- they're there, and you can't avoid them. But coupling the visual and technical with genuine note awareness is key, I believe, to mastering the instrument and to musicality in general.

As far as note awareness goes, I think I'm solid up to the 8th fret, and everything on the 12th and later is just a repeat of the open strings and the lower frets, so it's the 9th through 12th frets where I need the most work. Thinking of the 11th fret as a half-step below the 12th makes that one easier. Just playing everywhere on the neck is the way to get around this, and that is where Leavitt is useful. By Vol. 3, you are all over the fingerboard -- that's when you really start hitting his method of position playing. It's a bit boggling, but for major scales, you can basically call on a Leavitt fingering to play in all 12 keys without moving from a six-fret area (as I've said previously, he calls for lots of 1st- and 4th-finger stretching).

Whether or not you could ever identify all of these ways to play a major scale, Leavitt Vol. 3 gives you quite a sight-reading and position-playing workout, playing through all keys in a single position and playing in a single key all the way up and down the fingerboard. It's a difficult but potentially rewarding way of learning the entire guitar and getting the sounds you want from as many places as possible.

One thing about Leavitt that causes controversy is all the stretching that's involved. I think some players just don't want to do all that 1st- and 4th-finger stretching, and there are plenty of fingerings that avoid it. Shifting positions also does this. Jimmy Bruno's "Six Essential Fingerings" also shies away from those stretches. And I remember seeing something in Just Jazz Guitar magazine that pushes note awareness and forbids the visualization of scale fingerings entirely (don't know how that one works).

I honestly don't know what's best here, but knowing the notes AND having some muscle memory as to how to make them can't hurt.
Posted by Steven Rosenberg at 8:46 AM 2 comments:

Leavitt's Vol. 2 is heavy on chord forms, even though "Modern Guitar Method" isn't billed as a chord book. It is known for it's reading and scale work, but there are tons of chord forms, some in Vol. 1 but many more in Vol. 2 that can really improve your comping. He doesn't get into any heavy talk about voice leading, instead saying something like "smooth rhythm guitar is made possible by knowing as many chord forms as possible." That's true. I struggle with voice leading myself, and for the guitar, I do think it's a matter of figuring out and using more chords, letting the ear help you figure out which voicings lead best from one chord to the next.
Posted by Steven Rosenberg at 8:15 AM No comments:

I'm in no way, shape or form a Berklee student, but I think there's a lot of good things in the three-volume "Modern Guitar Method" by Bill Leavitt, who founded the guitar department at the Boston music school.

I saw some posts in the Yahoo Jazz Guitar group recently recommending Leavitt as a beginning method, and it's there that I pause. Yes, there is plenty in Book 1 that is fundamental, but I think it's better as review for a guitarist getting into jazz from other genres than as a raw introduction for somebody new to the instrument or to music in general.

Somebody on that group said that it would take you until book 6 in the Mel Bay method to get to the same place as book 1 of Leavitt. I might agree with that statement. I came up with the Mel Bay Classic Guitar Method and, to a lesser extent, Mel Bay's Modern Guitar Method (not Leavitt's), and I think there's a lot of value for the beginner in those books. I see the same value in other beginning books (just saw the Hal Leonard method, and that looks good for beginners, too). For one thing, I think Leavitt will scare away beginners. It's just too much of a leap.

That said, for the guitarist coming from a rock and/or classical background (and that's me), Leavitt offers quite a lot in terms of position playing, chord forms, scales and arpeggios, all meted out in graded fashion and all designed to get you reading and playing all over the neck in all keys, major and minor. And there are more books by Leavitt to supplement this material.

I have the three separate volumes, but the Leavitt "Modern Guitar Method" has recently been completely re-set -- it's much, much clearer to read now -- and gathered in a single volume, which I recommend very much.

Now there is some controversy over the Leavitt scale fingerings, which use a lot of stretching by the first and fourth fingers of the left (fretting) hand. The Segovia scales, which I used to be able to play without even looking at the book (it's a thin book, don't worry) favor shifting instead of stretching (and there's only one way to play each scale), and I don't think there's much if any in the CAGED system favored by Joe Pass (see his "Joe Pass Guitar Method," the blue book). Additionally, Jimmy Bruno's "Six Essential Fingerings" book does not use much shifting, and there are few guitarists today that are better than Jimmy, so he should know.

In my analysis, the Leavitt fingerings tend to emphasize note awareness and fingerboard mastery over pattern-playing. As Jack Grassel demonstrates in his book, "Guitar Seeds" there's a PDF of this page on his Web site), the Leavitt system allows one to play in all 12 keys from a single six-fret position.

Berklee has turned out a ton of guitarists over the years, so there are plenty of proponents of this system out there. I think it's up to each individual player to figure out what works for him or her. The main thing is hearing the sounds in your head and then playing them on the instrument. That's the aim of this whole thing -- to learn the jazz language and be able to "speak" it on your instrument.

If you do learn all the major and minor scales, arpeggios and chord forms in the Leavitt books, you have a lot to work with. Improvising, accompaniment, ear training and sight reading will all benefit from this work.
Posted by Steven Rosenberg at 12:53 PM 4 comments: 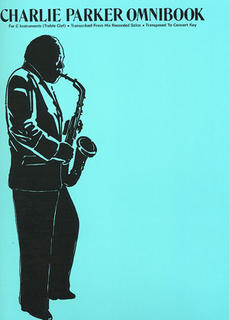 Go ahead, ask me about the Western world and it's relationship to books. The Jews are called "the people of the book," and all three of the major Western religions, Judiasm, Christianity and Islam, are all based on sacred texts. So the worship is focused on gods, prophets, saints and beliefs, to be sure, but there is plenty of devotion left for the books themselves, and that way of thinking is an integral part of how we look at every other subject and endeavour.

If only we could find the perfect cookbook, home-improvement tome, great American novel, even self-help book, then that part (or even all) of life will fall into place, and all the answers will be contained therein.

That's the thought with music books as well. Find any musician and ask how many instruction books they've bought over the years, and chances are (for guitarists especially) the number is staggering. Many (including myself) have probably spent as much or more on books as on gear -- unless you have some very expensive instruments.

And we're always hoping for the one book, the one author, the one approach that will open the gates and tell us exactly how and what to do to become the player we want to be. And sometimes this happens, even if it's not just one book but maybe three, five or more that, together, provide the path toward mastery.

I keep a list of what I have that I want to keep close to the guitar (someday I will put in links for all of these):

Essential Jazz Lines in the Style of Grant Green

And here are the books I don't have but am interested in getting a look at (this list used to be a lot longer, but I've pared it down to what I'm really interested in):

A Common Sense Approach to Improvisation for Guitar - Joe Negri

Voice Leading for Guitar: Moving Through the Changes - John Thomas 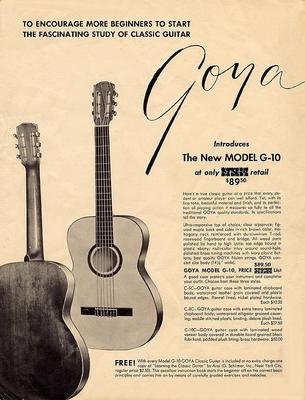 I recently pulled out my Goya G-10 classical, the first guitar I ever played (I've had it since the 1970s, it's been in the family longer and is beat up as hell). The D string broke awhile ago, and I finally got around to restringing the basses. (Classical guitar tip: Once you have the guitar strung, the nylon treble strings can last for years, while the basses are good for a MUCH shorter time, from weeks to months, depending on how much you play them, so I have about a thousand extra treble strings lying around.)

Playing a different guitar, especially a different kind of guitar (nylon string vs. electric archtop or acoustic flat-top) can re-energize you, or at least change your perspective for the moment. While the Goya was at the bottom of their line (it's not 3/4 size, but not full-size either -- Goya calls it "Concert size," I believe), it does have a solid spruce top and sounds pretty nice. Just noodling around on it while the strings stretched out was fun, and my chordal approach definitely changes on the 2-inch-wide neck. Smaller voicings with fewer notes. And just listening to each note as I play it. Making nice sounds is what it's all about, and I don't have to worry so much about how much jazz theory or ear training I've done.

The ideal is to be able to play -- and play out, for that matter -- at whatever skill level I'm at. To make the tunes and the style fit what I can do at any given moment and work on that. That is my goal for the moment, to balance study of advanced concepts (for me, at least) while working on repertoire -- and not just jazz tunes -- that I can get out and play for people. All the exercises in the world won't help if you've got nothing to play for an audience. Nice words from me, but can/will I follow through?
Posted by Steven Rosenberg at 12:01 PM No comments: